History of Warsaw, as you might already know, is long, complicated and full of twists that even best movie scriptwriters would not think about. One of the most trying periods but simultaneously one of the golden eras of Warsaw was the time of communist rule after the II World War. Warsaw was literally razed to the ground by Germans and had to be rebuilt from scratch – that is why Warsaw has the “youngest” Old Town in the world, as it had to be rebuilt with newly made bricks. That is also why Warsaw might seem a bit schizophrenic in its architecture, where classic tenement houses and old buildings stand right by fancy glass skyscrapers which in turn put a shadow over grey concrete flats built by the communist regime.

Warsaw was rebuilt in record time by the new government, but it had to mark the place with its own idea of architecture. That is why the Palace of Culture and Science – identical to the similar constructions in Moscow – was built in the literal heart of the city. The communist regime covered Warsaw with countless industrial parks, utility buildings and housing, but one project (aside from the aforementioned Palace of Culture) was regarded as crucial – a National Olympic Stadium. 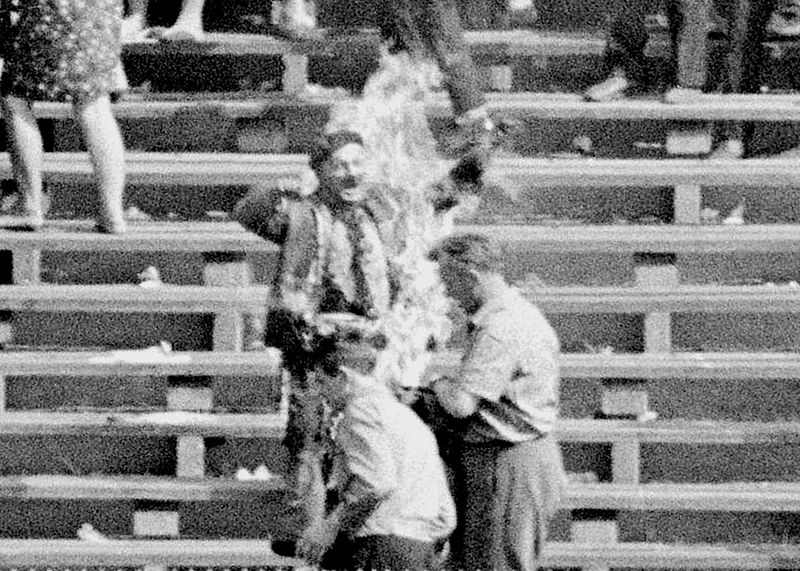 It was constructed from the rubble left in the ruins of Warsaw and the whole project was finished in 1955 (hence the name: it was built in the 10-th anniversary of the July Manifesto which proclaimed communist regime as the ruling party in Poland). At first, due to its size (it could accommodate 100 000 people) it was used as a sport’s stadium and a place where the most important national galas and gatherings took place. But through the years it lost its value and was deemed unfit to house any more events as it was not modernised nor repaired. It was also the place where one of the Polish citizens – Ryszard Siwiec – immolated himself as a form of protest during the communist invasion of Czechoslovakia in 1968.

The Stadium was in disrepair and no one used it till 1989 when the change of government brought democracy and capitalism to Poland. That’s when one entrepreneur company saw a potential in the 10-th anniversary stadium and decided to turn it into an outdoor market called Jarmark Europa (Bazaar Europe)… 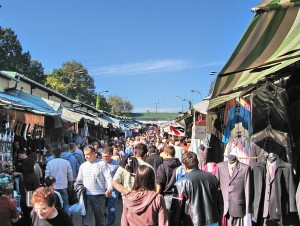 And what a market it was. Suffice to say, it quickly became the largest open market in Europe and a trade heart of the city. Because the capitalism in the early 90s was pretty wild, the Stadium traders were hard to regulate or check and the black market grown exponentially. Millions of illegal goods were sold on the market, with counterfeit clothing, pirated CDs and alcohol being only the tip of the iceberg.

The Stadium was considered a piece of folklore in Warsaw and in the whole Poland, the legends about the place were travelling from mouth to mouth as internet memes travel today and there was a rumour that if something is unavailable on the Stadium, it cannot be bought anywhere else.

Numerous documentaries were made about the Stadium and countless writers chronicled the events that took place there. Journalists tried to get to the deepest bowels of the Jarmark Europa to understand the web of connections between the traders from all over the world and to find the ties to Russian mobs, Chechen gangs and shady dealings with weapons and drugs. The Stadium was unofficially divided between different nationalities and there were distinct sectors of trade – the bottom part of the stadium was reserved for clothes and accessories while the “crown” was for pirate software, music and the most illegal stuff.

The Stadium was finally closed abruptly in 2008 (as the government got tired of the untaxed illegal trade and humungous piracy) and the traders, both legal and illegal, sent to other, more modern markets across Warsaw. The whole place was demolished to make way for the new National Stadium for the upcoming football Euro 2012 cup. 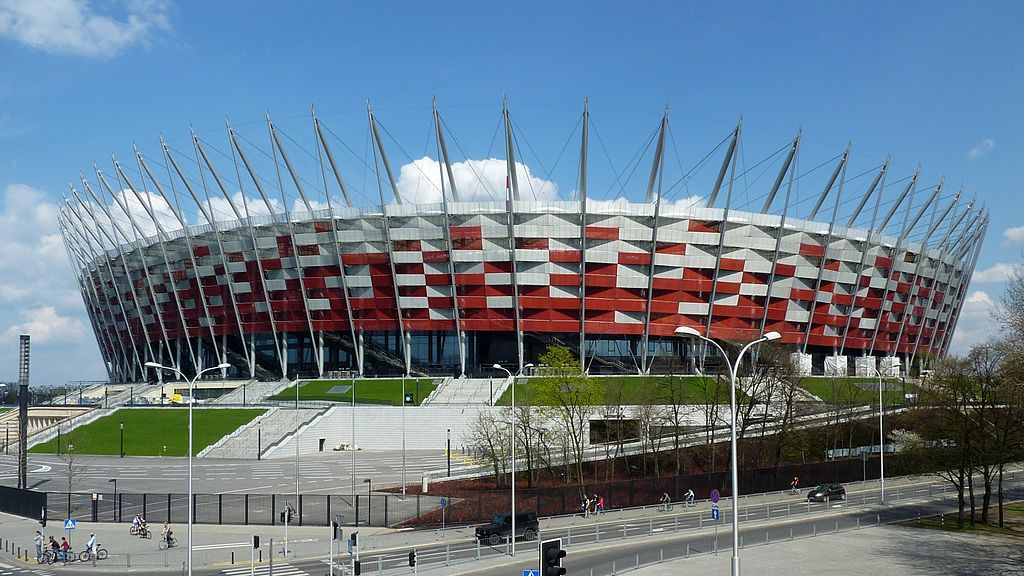 Although the 10-th Anniversary Stadium could be called a hive of scum and villainy, every resident of Warsaw had fond memories of it, as you won’t find someone who lived in Warsaw in the 90s who did not buy at least one item on the Stadium. Many visitors from all corners of Poland came here to buy stuff that could not be found anywhere else and many foreigners found their place in Poland and established legal businesses on the basis of their trade career on the Warsaw’s stadium. Many people today see the Stadium as a symbol of times of transformation when huge fortunes were made and even bigger fortunes lost.

If you weren’t in Warsaw when Jarmark Europa was still operational, you’ve lost a chance to witness a truly unique moment of history. The atmosphere of the place could only be compared with Arabian bazaars where shouting, the smell of food and unbelievable crowds were present since sunset till sundown. It’s a shame that today’s Warsaw visitors and residents cannot experience the Stadium in a form of an interactive exhibition.