If you’re planning to visit Warsaw during the holiday season, be prepared! We’ve asked our Polish and Expat experts living in Warsaw what to do and what to expect during Christmas. Let’s have a read. 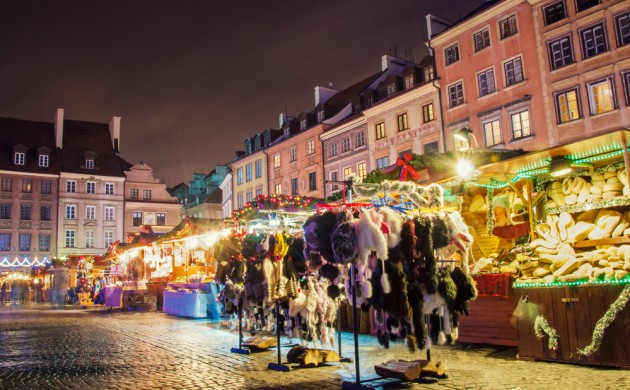 When I first came here around December, I was not surprised to see the Christmas shopping frenzy, it’s pretty much the same as in any other western country. What was surprising is the contrast between western consumerism and typical Polish traditions from times immemorial – I was staying at one of Warsaw’s hotels at the time and despite the fact it looked pretty much like any New York or Austin hotel when it comes to Christmas decoration, the atmosphere was quite different. When you go through the streets, everything is illuminated with Christmas lights and the stores are inviting with Christmas sales, but all the people seem to wait not for the presents under the tree, but for the Christmas Eve dinner with a family and talk how much they have prepared for their loved ones. Polish Christmas is a mix of a feast known from American Thanksgiving, a religious tradition celebrated even by those of other faiths (as it is so ingrained in the Polish culture it is one of its foundations) and a magical time when everyone seems really happy.

I remember my first Christmas in Warsaw –during the communist rule, when aspects of faith were ignored or outright censored by the ruling government, everyone seemed to focus on bringing joy to the others, even in the most trying time. Christmas is one of the building blocks of the Polish national identity and if you are planning to visit Warsaw, you cannot choose a better time that the end of December. The biggest grumps are nicer and everyone are enamored with the unique atmosphere of a snowy city lightened up with thousands of Christmas lights. Share a smile and you will receive a hundred smiles back. 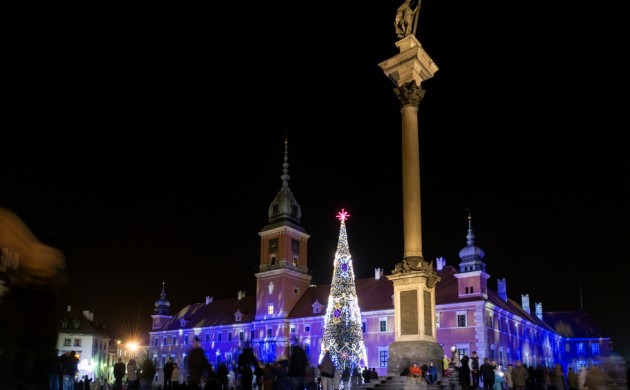 As an Australian I love the snow in Warsaw – it looks simply amazing and it seems that someone is covertly cleaning it during the night, as it looks amazing. I know I’m looking at things with rose tinted glasses, as I love the Christmas vibe in Warsaw and all that comes with it, but it’s really something special. Spending Christmas in Warsaw, even in a hotel, is truly a magnificent experience, as every Pole big and small becomes a better person during that time. Believe me, if you want to witness the legendary Polish hospitality, try during Christmas – it is multiplied ten times.

Peter
(27, Republic of South Africa, studying in Warsaw since 2010)

I love Warsaw during Christmas, as there is so much to do you don’t know where to start. See the Christmas Market? Attend one of the countless classical and caroling concerts organized in beautiful churches? See a New Year’s Eve performances in theaters and stadiums? The whole Warsaw transforms into a winter wonderland full of surprises at every corner. 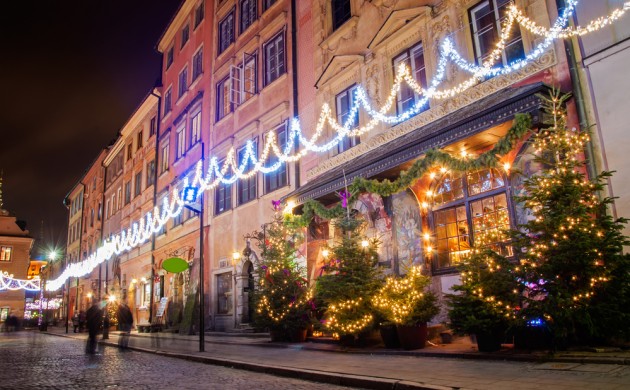 When I moved here, one thing was different – Warsaw was still transforming into the great city it is now. But the other thing didn’t change – Christmas in Poland is as lovely as it was 20 years ago. For those who don’t know the tradition – be prepared for a feast you’ve never witnessed before. Your stomach might won’t make it and Poles will ask you to eat even more than you can handle because it’s Christmas and you just can’t pass another serving of the famous Pierogi.